Why do people still use Windows? 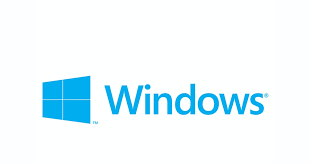 Microsoft continues to lead the way in desktop computers. In fact, anyone: essayswriters, designers, accountants, even mobile app developers and others still use Windows as they did in the 1990s. But it seems that its reign will not last another decade in the face of the emergence of new technologies and the advance of free software.

A decade ago, using and installing GNU/Linux was relatively complicated. In addition, the lack of free programs to replace the wide range of proprietary programs and the total absence of video games held back millions of users linked to office automation, professional sectors, or recreation.

In recent years, all this has changed radically. It has never been so easy to install and use GNU/Linux. There is now virtually no program that does not have a free replacement with a high standard – or even better functions – and there are more and more games, both native and emulated, that can be played as well as or better than they would run on Windows.

However, people continue to use Windows -and more and more fall into Apple’s clutches- because, among other reasons that I will enumerate below, most of them are unaware of the wonderful and supportive world that, based on an inexhaustible altruistic effort, has been built to free us from abusive and tyrannical monopolies.

Windows is notorious for its security vulnerabilities. No operating system is perfect. However, Windows has not improved its permissions management in 20 years.

Reasons why people still use Windows

Among the reasons, more or less justified, that explain the obvious phenomenon that Windows accounts for about 90% of all desktop computers (towers and laptops) in the world, I would like to highlight three:

People use what comes by default and what they know. The majority of society uses the system and programs that come installed by default. Suppose someone buys a computer in a supermarket or common store. In that case, it is normal that the computer comes with the Windows operating system, both because the user expects it and because the employer seeks to make money through its license and third-party programs (e.g., antivirus).

Manufacturers and distributors maintain business contracts with which they often try to impose unnecessary spying programs on users. A vicious circle occurs, therefore, whereby people continue to use Windows because they only know Windows, and companies sell Windows because of this same demand.

Some professionals need proprietary software that is only available for Windows. Professionals in some fields, such as programming, have infinite free tools. However, there are other professional fields in which there is a relative absence of free software or important functions to replace it. This phenomenon was very pronounced in the past and less so today; unfortunately, it continues to exist. As in the previous case, there is a feedback loop whereby both companies and independent developers are particularly interested in making their programs work for Windows because the latter monopolizes the entire market.

However, the emergence of Apple, the rampant boom in mobile devices, and the gradual growth of GNU/Linux users, together with certain improvements in terms of binary distribution formats, have created a more diverse ecosystem in which developers are showing greater interest in the “multiplatform” concept.

Some users use Windows exclusively for gaming. In line with the first and second points, the enormous expansion of Windows makes it the default system for which video game developers release their games. However, the variety of new devices encourages developers to also think about “minorities” to take advantage of all market niches. Currently, some triple-A games, such as the latest in the Tomb Raider saga, can be played on GNU/Linux.

It is striking that there are still computers running Windows XP. The routine for proprietary software is a burden for free software development.

The rise of new devices and cloud services is breaking the dependency on Windows. Also, since cloud services and new devices are built on a GNU/Linux system -in the case of Android, only the Linux kernel is taken-companies investing more than ever to develop programs -games among them- that work in a server environment where GNU/Linux is running in a landslide. Moreover, in a competitive environment, the creation of free or GPL-compliant software makes more sense than it ever has commercially.

This situation, although it does not necessarily benefit GNU/Linux users directly or encourage an increase in its use, does open the door for the compatibility pursued by these companies to have an impact on programs and services that can be installed and run on GNU/Linux, which, in turn, will continue to undermine the current dependence on Windows and its services in the client environment.

People continue to use Windows because most are unaware of the changes until corporate interests engage in fierce advertising that persuades customers to desire changes they would never have chosen for themselves.