Is It Legal To Have An Indian Court Marriage? 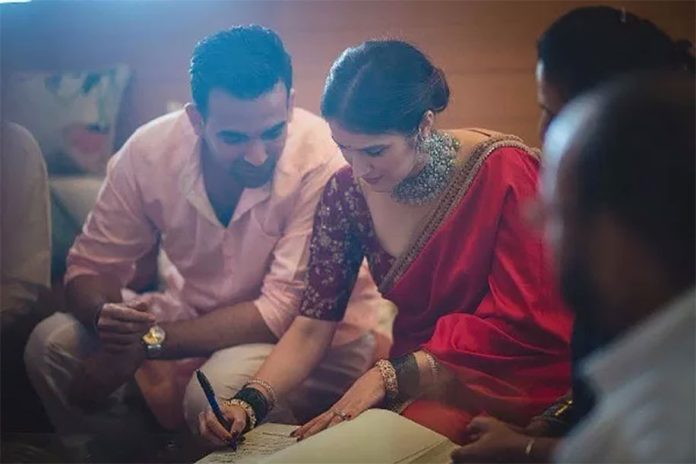 This article explains the Indian court system of marriage. It lists the many advantages, such as the economic benefits and the protection of women’s rights. These few disadvantages of court marital arrangements are also listed. The benefits outweigh the cons. Traditional marriages typically involve large crowds, pomp, and show. This tradition is not being followed by the newer generation, who has begun court marriages to avoid this.

Indian constitution permits an Indian male and female to arrange a wedding under the Special Marriage Act of 1954. Three witnesses, a few documents, and simple steps can make it possible for court marriages to take place in a matter of hours. However, there are still some people who are unsure of the advantages and disadvantages of court marriages. Learn more about Indian court marriages.

What Are The Steps For Court Marriage?

Below is the process of the court wedding:

Advantages Of Having A Court Marriage

Court marriages have gained popularity due to the numerous benefits it offers both on a social level and personally. Below are some benefits of Indian court marriages:

Many people will spend most of their savings on a big Indian wedding. But this is not necessary. India has a simple and elegant court system for marriage. People who want to save money on big weddings will find court marriages a great alternative.

India is home to many social evils. These include child marriages and forceful marriages. However, court marriages can prevent many of these social problems. Court marriages can only take place after both couples have consented and confirmed that they are legally married. Court marriages must be promoted because it is only possible after confirmation of the residency and age of the parties.

Many benefits come with court marriages. However, the most important benefit is that it’s legal, authentic, and secure. This is because they allow couples to marry under the rules of the Government of India. An established system makes sure that both the bride-to-be and the groom can marry. This ensures that no illegal marriages are possible. In addition, court marriages are automatically recorded under the official records of law. This gives women greater legal protections and lowers the possibility of domestic exploitation.

Although court marriages offer many advantages, there are also some downsides.

India’s court marriages are not possible without three adult witnesses. These three witnesses must also provide identification proof. It can be very difficult to find three witnesses to the marriage if they are not of the same faith or caste, or if their family does not approve.

All documents required for a court-married marriage must be present. Otherwise, it will not be legally recognized. Additionally, the required document list can be quite lengthy. It can be difficult to find and submit all required documents. After you have submitted the documents, each document is subject to a separate verification process. The document verification process can take a long time and is thorough. If any of the documents are not authentic, you may face serious legal consequences.

As you have seen, court marriages offer many benefits that outweigh their disadvantages. Even the downsides would not be a problem for experienced lawyers. People who want to avoid traditional married are best served by court marriages. If you have problems with the court marital process, you should seek out a qualified lawyer for marriage. A skilled lawyer can help arrange all the documents and witnesses needed to facilitate the court marriage process.