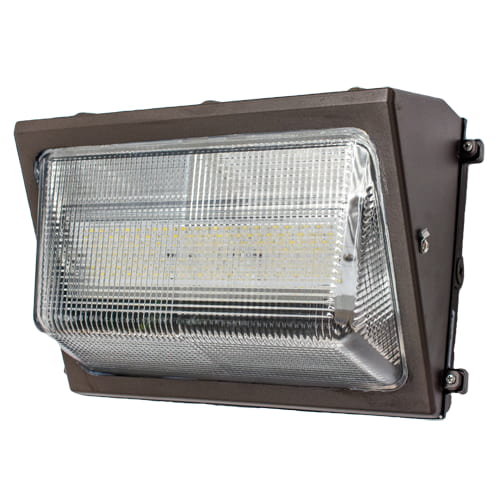 Customers have a growing number of options to choose from, including LED wall packs, which are used in commercial and industrial settings. In recent years, LED technology has advanced to the point where it is now capable of becoming more productive in terms of producing high-quality light while also having a longer lifespan. LED wall packs give locations a more contemporary look and are available in a wide variety of styles as well as color palettes.

In the past, areas that needed to be brightened up were often illuminated with high-pressure sodium light fixtures due to their very powerful light output. But now that better and more cost-effective alternatives are available in the form of LED lights, everyone has the opportunity to cut their costs of operation and maintenance by a sizeable amount. Some people believe that LED lights are one of the best inventions because they produce a great deal of light and contribute to other improvements in the workplace.

Looking for additional information regarding LED wall packs? How much practical experience do you have with them, and have you ever bought LED wall packs for your own home? Continue reading this guide for all the best information you need to know about a premium LED Wall Pack Light and the reasons why you should consider purchasing some for your home or business.

What Exactly Are Led Wall Packs, You Ask?

LED wall packs are essentially energy-efficient lights that can be mounted on walls to illuminate a variety of different types of properties. These can be implemented in any typical building, whether it be a house, an office, or an industrial facility. LED lights have a lifespan that is significantly longer than that of conventional lighting systems, which means that those who install them will save money on a variety of costs.

Wall packs make up the majority of the premium LED lighting that is visible outside of buildings. They are flexible to use in a variety of settings and are easy to set up and maintain over time. Additional functionality can be added to LED wall packs by adding accessories such as motion sensors, photocells, and battery packs. LED wall packs can also be customized.

Because LED wall packs can be used for so many different things, their wattage and the amount of light they emit can be customized to suit your needs. The wattage of an LED can range anywhere from 12W to as high as 120W, and this range is determined by the lighting requirements and necessities. LED lights can provide a higher level of illumination while simultaneously reducing the amount of electricity that is consumed in comparison to conventional light fixtures.

Installing LED wall pack lighting can help you save a significant amount of money. The replacement of older lights with ones that consume less power not only results in lower monthly energy bills but also does not require a significant financial investment. LED lighting can be easily installed in a short amount of time and can be utilized in virtually any kind of structure as well as any kind of room.

When used 24 hours a day, seven days a week, an LED wall pack has an approximate lifespan of 76,000 hours. That equates to approximately 9 years of uninterrupted use during which they did not require any maintenance or repairs. The fact that businesses do not need to pay significant sums consistently to repair LED lights can save them a significant amount of money in the long run.

Non-cutoff, full-cutoff, fixed-cutoff, traditional, architectural, high-output, and premium are the terms used to describe these types of fixtures. Each of the different types of LED wall packs can provide illumination for a wide variety of different uses.

Others provide a wider range of angles to direct the light up or down, as well as a higher brightness in some cases, whereas some offer a directional light that can be aimed downward, and others still offer a higher brightness. Some varieties, in addition to lowering the amount of light pollution they cause, can be designed to blend in with their natural surroundings.

Premium LED lights that are designed to be installed in wall packs come in a variety of color temperatures. Purchasing a wall pack that generates a specific kind of light may turn out to be a superior choice to most others, but this will depend on the application. The Kelvin scale, which is used to measure color temperature, has a higher number representing a warmer color temperature. This results in a shift in the color of the light.

Around 3000K is considered to be a warmer or softer light, and it is typically employed in residential areas. The color temperature of neutral white light, which is approximately 4000 Kelvin, has a hue that is similar to moonlight and emits cooler hues. The white light is similar to daylight and has a temperature of about 5000 Kelvin (K), and it emits a very energizing feel while also being bright enough to display a high level of detail.

There are a lot of different ways in which an LED wall pack is utilized in daily life, some of which you might observe happening around you daily. LED wall packs will be mounted above tunnels and walkways to brighten the surrounding area for pedestrians. This helps light up dark areas that have a lot of space restrictions.

The exterior of buildings, including commercial and industrial structures, is a common application for LED wall packs. This is true for both types of buildings. Wall packs can be mounted on vertical walls and illuminate the area immediately surrounding the building. The illumination of walkways, parking spaces, and other important areas of a building can be accomplished very effectively with this.

The same thing can be used to illuminate walls and doorways in a variety of different buildings. This characteristic will be present in places with a high volume of foot traffic, such as garages, gas stations, and convenience stores. LED wall mounts can be installed in warehouses that have shelves or other structures overhead to illuminate the obstructions in the area.