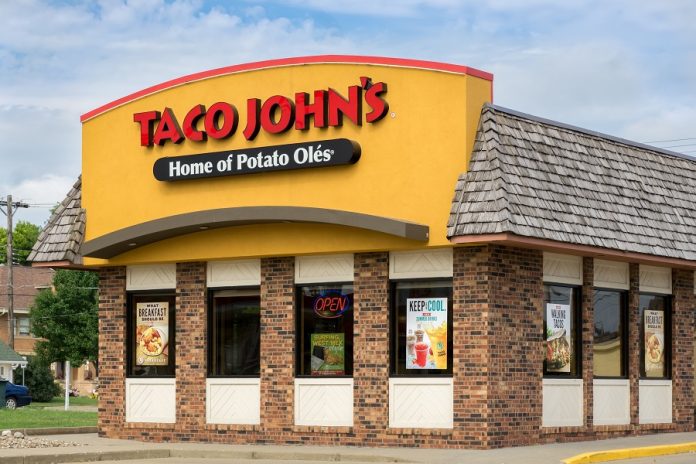 Taco John’s is an American fast food chain that serves Mexican-inspired    fare. In 1969, founder John Turner started the chain. It is known for its Potato OlÃ©s, fried potato nuggets coated with a proprietary blend of spices. In addition to the traditional tacos, Taco John’s also offers a variety of other foods and drinks.

Intellectual property experts question whether Taco Tuesday at Taco John’s is actually a trademark. The company has 400 locations in 23 states. A cease and desist letter has been sent to anyone who uses the Taco Tuesday name without permission. Even the company’s own lawyers have warned its clients not to use the term.

Despite the trademark, Taco Tuesday has received pushback from other restaurants and chefs. A restaurant in Madison, Wisconsin, responded with a contest to change the name of its Tuesday taco nights. The winner received a year’s worth of tacos. Despite the pushback, Freedom’s Edge Brewery co-owner Peter Fenech did not know the term “Taco Tuesday” was a trademark and had no intention of fighting back. Similarly, Nena Hermosillo, owner of the taco truck “La Barata” did not get involved with the “Taco Tuesday” promotion.

Taco Tuesday is a trademark that many companies are using as part of their marketing campaign. The phrase originated from a popular midwestern fast food chain, which has been offering discounted tacos on Tuesdays. But the word “Taco Tuesday” itself has been the subject of legal disputes for years.

While Taco Tuesday at Taco John’s was first introduced in 1982, the idea behind the day has been around for much longer. Snow White Drive-In first used the phrase in a newspaper ad in 1973. Marti’s, which is based in Manhattan, Kansas, also used the phrase in the early 1970s.

While Taco Tuesday has a long history, it is a white obsession that has become widespread across the country. In Mexico, the tradition is known as regular Tuesday. As such, Taco John’s has already lost the battle to keep it for itself. This restaurant chain offers an innovative calendar with QR code reminders to help guests keep the date in their calendars.

The menu for Taco John’s includes an extensive selection of items, including breakfast, burrito bowls, and tacos. It also offers signature specials such as Wake Up Wednesday, which features a discounted breakfast burrito, and ValuEST, a menu with daily deals and discounts.

The potato ole is one of Taco John’s signature dishes. Crispy and salty, it’s like a savory tater tot. In the early years, it wasn’t a major part of the menu, but in time, it became a star and is a staple in the southwest. In fact, the potato ole almost burned itself out before becoming a west-Mex sensation.

To celebrate National Potato Day, Taco John’s has come up with a special offer. To get a free small order, just download the Taco John’s app. After downloading, you’ll receive a coupon for a free small order of Potato Oles. These delicious bites of crunchy potato are served on a bed of nacho cheese and are sprinkled with the famous blend of bold spices. The app also allows you to customize the flavor of your potato ole.

Taco John’s Potato Oles have 480 calories per serving. These calories are based on a 35-year-old woman, 5’7″ tall and 144 pounds. The calorie information is based on a person’s height and weight, and is not a replacement for proper nutrition advice. It’s important to note that a person’s energy needs can vary.

The Taco John’s Potato Oles seasoning is made of garlic salt, onion powder, paprika, and paprika. The seasoning adds a unique flavor to the potatoes. It is also easy to use. It can be used in a variety of dishes, from tacos to fries and more.

In 1997, Taco John’s marketing strategy was updated to focus on its “A Whole Lot of Mexican” slogan. The taco chain has 400 locations in 23 states. In order to maintain good relations with its franchisees, the marketing team worked with the franchisees to create the new slogan and develop its marketing strategy. This strategy will be implemented starting in September. The taco chain has been around for 50 years and has many loyal customers.

Marketing is a major component of a fast food restaurant’s business, and Taco John’s is no exception. The company’s marketing strategy is focused on maximizing the value of advertising while maximizing returns. The company’s executive team follows five core strategic tenets to boost same-store sales.

The CMO of the Taco John’s brand, Billie Jo Waara, received her MBA from the USD School of Business in 2003. She has worked for several companies and has led numerous innovative consumer initiatives. She served as the city’s director of tourism from 2005-2008. She will receive the award at the Beacom School of Business’ awards banquet on April 8, 2016.

Taco John’s was growing through new distribution channels such as “Mexpress” kiosks and small food court units. As a result, it was able to introduce its brand into new states. But the brand is only known in a few states, particularly in the Midwest. And there are many competing concepts in Mexican food.

Taco John’s franchising has proven to be a lucrative investment. By the late 1990s, the chain had grown to more than 400 locations, with annual sales exceeding $150 million. These locations were located mainly in the upper Midwest, Dakotas, and Nebraska, but the chain expanded to small towns and other states. The brand later expanded into Florida and New York.

Taco John’s is a Mexican fast-food restaurant chain that has more than 400 locations. The chain is based in Cheyenne, Wyoming. It has locations throughout the Midwest, including 15 in Wisconsin. It plans to add at least 10 more locations in the Milwaukee area over the next several years.

The grand opening event will be held on May 31 at 10 a.m. The event will feature a ribbon-cutting ceremony. Representatives from APSU will be there to help cut the ribbon. The first 100 guests will receive a golden ticket redeemable for a free Small Potato Ole for a year. Taco John’s also boasts an indoor self-order kiosk and digital menu boards. It also offers free Wi-Fi and a double drive-through.

If you’re in the area, don’t miss this event. There will be live music, giveaways, and more. And if you are hungry and thirsty, don’t forget to try Taco John’s new menu. You’ll find a variety of Mexican-inspired dishes on the menu, including fried shrimp, grilled quesadilla, and pork carnitas. It will also be open for lunch and dinner Sunday through Thursday, and 11 p.m. on Friday and Saturday.

Taco John’s is a fast-food restaurant chain with a rich history in the Southwest. It originated in Cheyenne, Wyoming, and today operates over 400 locations in 22 states. The brand prides itself on providing generous portions of its signature menu items. It is also known for its quality ingredients.